One Great Smile Has Thirty-Two Parts

When teeth are lost, unusual stresses are placed on the gums, bone and remaining teeth, causing a number of potentially harmful disorders. Your teeth complement each other and work together for many daily functions from eating to speaking. Missing teeth can cause changes in tooth position and speech as teeth are used to make many of the sounds we use to speak clearly. Missing teeth can and should be replaced.

Tooth replacements are either removable or non-removable.

Non-removable tooth replacements are generally considered to be more comfortable, stable and trouble free than removable ones. The non-removable ones fall under three categories. The first are those totally supported by natural teeth. The second are those supported by dental implants embedded in the bone at the site of replacement. The third are a combination of the first two.

Removable replacements can be soft tissue supported as in a partial or full denture, or fully supported by natural teeth or dental implants. Removable tooth replacements are called full dentures when they replace all of the teeth in either the upper or lower jaw. They are completely supported by the gums. Replacements, which retain either natural teeth or involve the use of dental implants as additional support, are called partial dentures.

Often removable replacements are used to replace teeth immediately after they have been removed. These appliances require more post-operative adjustment than those placed on stable, healed tissue. They often need to be remade after healing and are often used as a temporary appliance in anticipation of a permanent prosthesis, which will be made after healing.

Preparation of supporting soft tissue and underlying bone is referred to as pre-prosthetic surgery.  Some patients require minor oral surgical procedures before receiving a partial or complete denture, in order to ensure the maximum level of comfort. A soft tissue supported denture contacts the gum tissue and is compressed between the denture and the underlying bone, so it is important that the underlying bone be smooth and shaped properly.  Otherwise, sore spots will develop beneath the denture.  In addition, it is sometimes necessary to trim excessive amounts of gum tissue that may compromise the dentures stability and likewise cause sore spots. 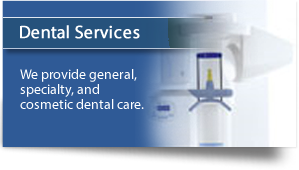